Emma Jo’s story, which not so long ago was defined by tragedy, has swerved delightedly and unexpectedly into something entirely new… 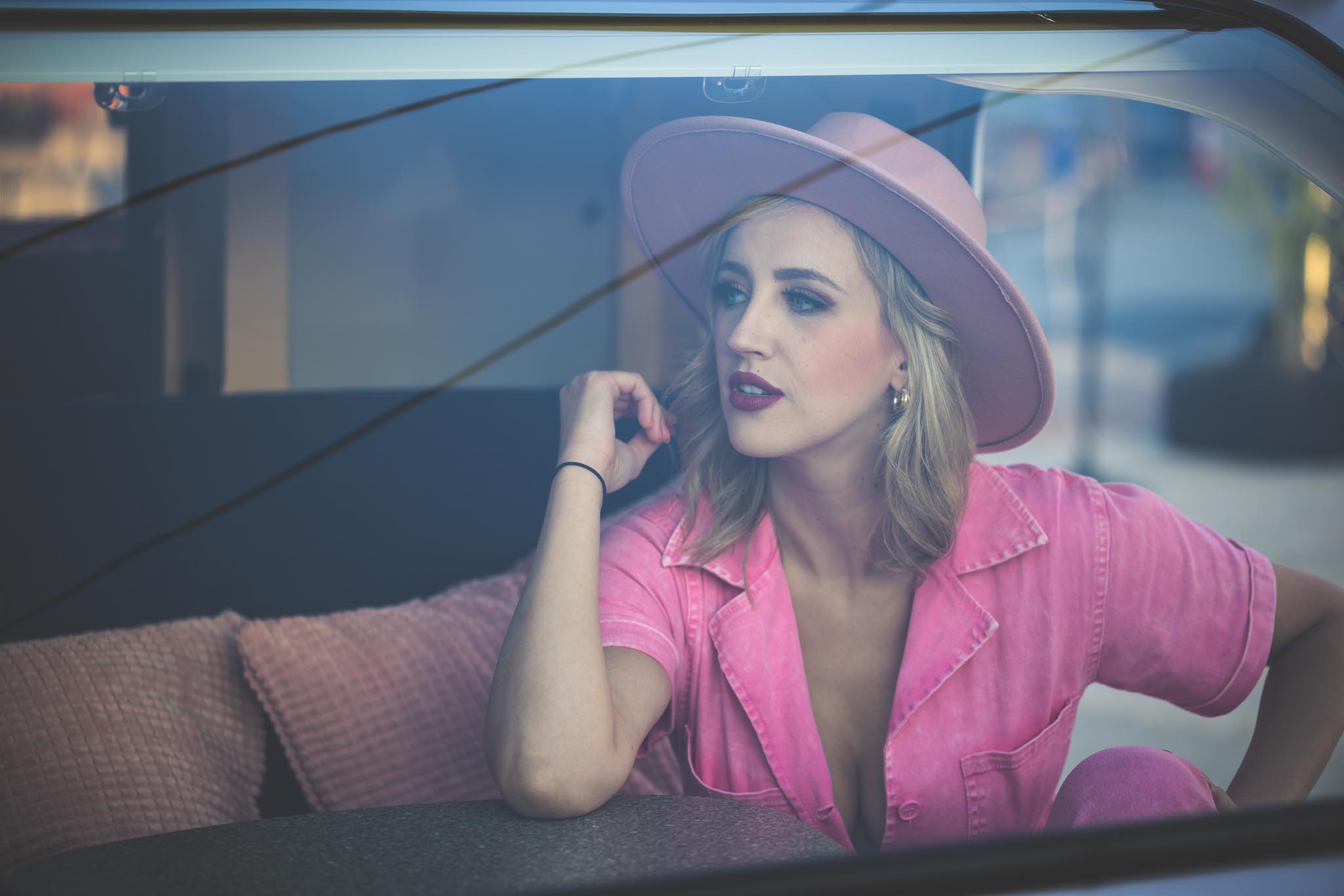 queen of the silver lining

"And you can bury me low but I'm like a seed and I'll rise again and I will grow."

Emma Jo deftly navigates the gap between Bruce Springsteen and Shania Twain, developing a sweet brand of Americana and country that highlights her hard-hitting storytelling abilities and influences of rock & roll. She has spent the better part of her life latching onto a deep-rooted passion for music and performing, driving her personal conflicts into musical masterpieces that bring out the most authentic versions of herself. In 2018 Emma released her full-length album Brave featuring 11 relentless tracks including the record’s debut single “Your Story Isn’t Over Yet,” a buzzworthy tune which turned viral on social media. Several years later in 2021, she dropped “Queen of the Silver Lining” which was dubbed “One of the most impressive country-inspired songs of the year” by Music + Tour News. Her most recent track “Same Moon” was released in October of 2022, an ode to Galileo that reveals Emma’s desirable intellect as a history buff in addition to her raw artistic talent.

Raised in Kansas City by a mother who loved country music and a father who breathed rock & roll, Emma gravitated towards music early on, taking the stage for the first time at age four during a local talent show and blowing away the competition with her rendition of “You Are My Sunshine.” With her father being her biggest supporter, he bought Emma her first guitar after recognizing the outright potential penned in her first songs. In her adolescent years, she recorded a demo called Girl. Guitar. Microphone, which was comprised of one original song and three Bruce Springsteen covers. At 15, she put together a full-length acoustic CD entitled Waiting to Be Heard and, a few years later, sang with her high school friends in a vintage-inspired rock band lauded as having “badass grooves, epic vocals, and attitude backed by talent” by Present Magazine writer Pete Dulin. Emma then paused her music career to pursue a higher education, earning her bachelor’s and master’s degree in history.

queen of the silver lining

"Don't let my hard times fool you, and don't worry 'cause I'll always pull through."

In the fall of 2017, Emma was utterly shaken by the tragic news that her father, and biggest fan, lost his battle with depression. With plans to get back into the studio less than a month after hearing of his passing, her family and producers questioned her well-being and urgency to continue making music so soon after the devastation. Emma had no doubt that making music was what her father would’ve wanted, and she used it as a form of therapy— prompting her album Brave six months later. The headstrong record had critics comparing Emma to Miranda Lambert, Natalie Maines and Emmylou Harris, and includes a track dedicated to her late father which gained a great deal of attention on social media.

After another uphill battle, this time concerning an abusive relationship, Emma was back to the drawing board with her 2021 single “Queen of the Silver Lining,” (produced by Matt Richards, Avenue Record Company) detailing her persistence and perseverance in overcoming recurring struggles. In 2022, Emma released her single “Same Moon,” showing off her history smarts with lyrics addressed to the Italian astronomer Galileo. She plans to start the new year off with her most vulnerable and honest song to date, “Straight Into Mine,” framing the hardships of her divorce and showcasing a fresh and revived version of who Emma Jo is today. 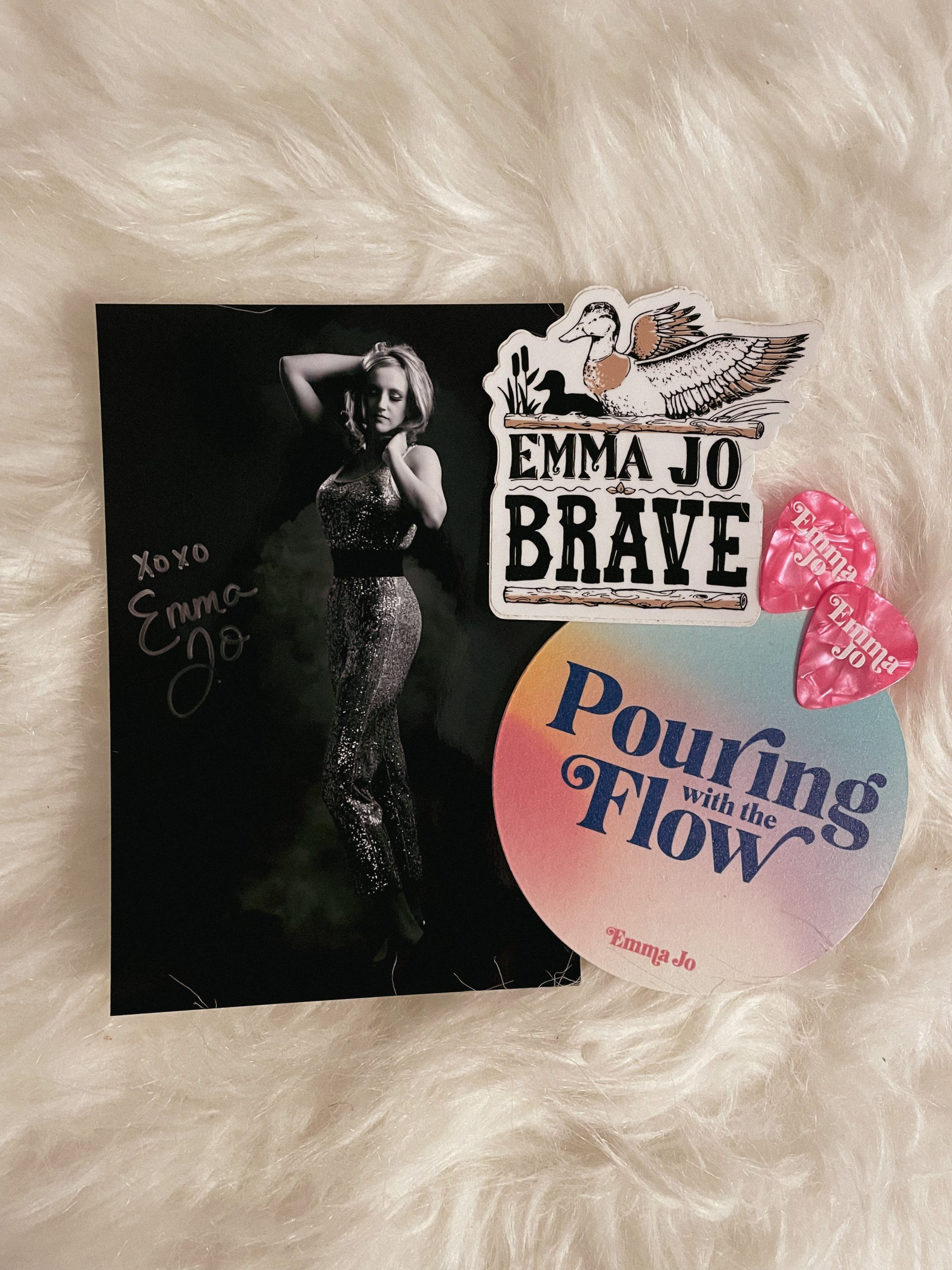 Join in the fun

Get your starter pack

Join the street team and get a merchandise starter pack that includes a SIGNED picture of Emma Jo!