This is an essential component of any Emma Jo fan’s collection. See where it all began, when Emma Jo was just 15. In fact, the songs on Waiting to be Heard are some of the first she ever wrote.

This is a solo acoustic album, but there is one surprise on the album, an originally unlisted track. Track #10 is a Delta version of the Hurricane Katrina-inspired “The Waters Rise,” featuring Kansas City blues legends Kris & Nick Schnebelen (of Trampled Under Foot).

“Waiting to Be Heard is a brave, bold statement; with just her voice and her guitar, she shows her talent and her potential.” – Chip Withrow 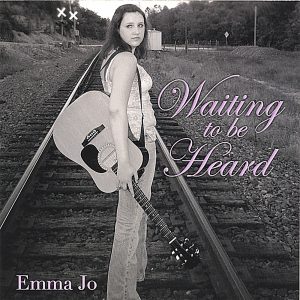