4 kids locked themselves in a room. 10 songs came out. This is The Indigo Sessions.

Following the release of Here it Comes, which had been primarily Emma Jo’s music and lyrics, Emma Jo and the Poets Down Here began to compose music more collaboratively. They locked themselves in their practice room for hours at a time, eventually emerging with an album’s worth of songs.

“Need a defibrillator? Just slap headphones on, hit play and the heart start will start beating. Crank it up and the molecules move on their own. If they don’t, give it up. You’re dead.” – Frank Gutch 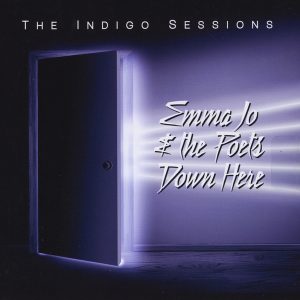