Here it Comes marks the beginning of Emma Jo’s career with her former bandmates and features the first of three names the band used over the years: Emma Jo and the Poets Down Here. (Fun fact: “the poets down here” is a reference to Bruce Springsteen’s song “Jungleland.”)

At the time of recording, all of the band members were still in their teenage years. Emma called it lyric-driven rock and roll. Every song features her signature hooks that stay in your head for days and the raw excitement of a band still searching for its sound. 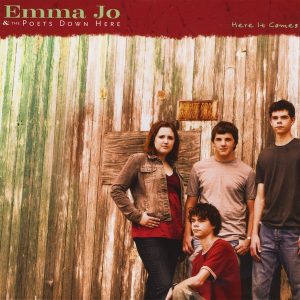